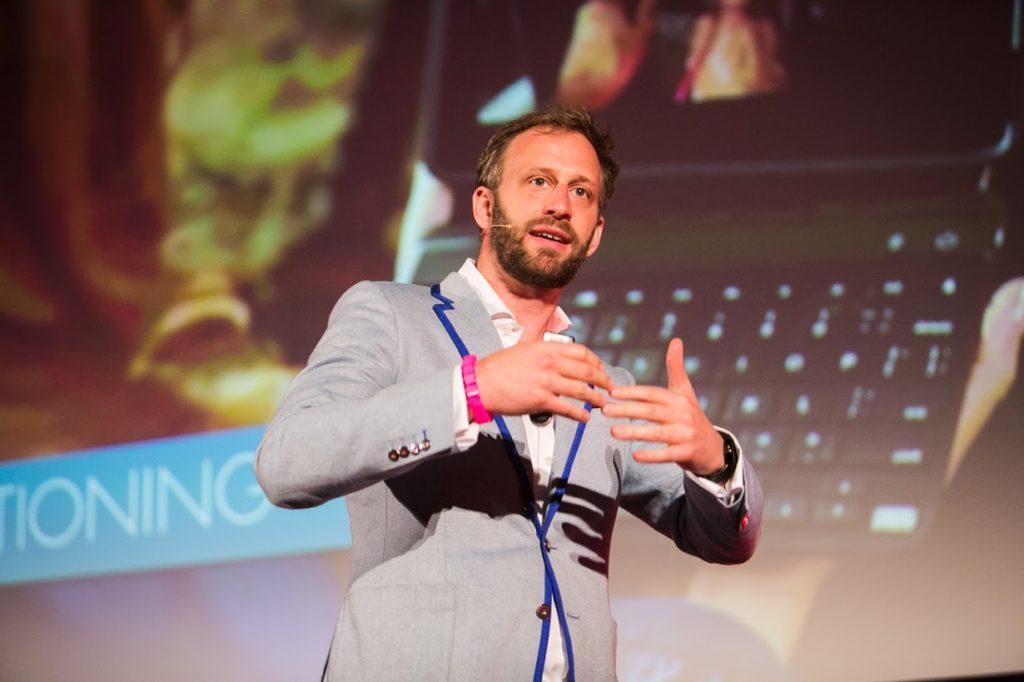 The banking sector is on the move, it is now a fact. But where does it stand in terms of its ability to innovate compared to other industries? What are the consequences for business models and human resources? These are all questions we asked one of Europe’s leading innovation experts.

SwissFinance.Tech: In your opinion, is the Financial industry moving forward fast enough and what challenges will it face in the coming months?
Nick Sohnemann: Our company has been involved in eleven different sectors for almost a decade. Our take, over this period, is that the financial world was a little slower than others to implement innovative strategies. I would attribute this largely to the fact that the financial industry has no real history or experience of innovation. So far – even recently – no bank has organised its activities around innovation. For instance, none has an in-house Research & Development (R&D) team. Conversely, if you take the example of a car manufacturer, the R&D department has been a central part of the business for a long time. Work on new materials dates back some thirty or forty years and new business models have been developed. Banking institutions somewhat missed the boat.

Having said that, it must be acknowledged that the main incumbents have now turned the tide and are putting greater focus on innovation. Still, most of them are only in the process of integrating innovation. In this industry, it is in fact the fintech new entrants that are driving innovation. Just look at the number of start-ups! Their number far exceeds those in the automotive sector, to go back to that example. And the same is true with respect to the confectionery sector, which has barely 1,000 start-ups globally, whereas the number of fintechs stands at 8’000 just for Europe.

SFT: You make it sound as if there is a lack of innovation culture within banking institutions. Can some of the blame not also be put on regulation?
NS: What is certain is that governments have simply passed the buck to the private industry. Take KYC (Know Your Client) as an example. Banks have clearly been told: “it’s up to you to check your clients. We don’t do it”. If you want to take out a loan, the bank has to verify your borrowing and repayment capacity – not the government. It is quite understandable that financial institutions are complaining about regulatory obstacles. Moreover, the larger ones are the most impacted, fintechs generally enjoying more latitude and fewer constraints.

Paradoxically, the financial crisis of 2008 helped the emergence of fintechs. Many bankers lost their job and proceeded to set up their own businesses. Those who were laid-off tended to be on the fringes of the system, while those remaining were more streamlined, working as they had been for twenty or thirty years. The “outsiders” were thus more capable of carrying out innovation. This does not mean, of course, that nothing is happening within banks, particularly the major players, but it must be acknowledged that without fintechs innovation would have been very limited.

SFT: Since we’re talking about innovation, which of the numerous emerging technologies do you consider to be the most disruptive and to be recommended to a bank that is undergoing digital transformation?

NS: We have been able to identify five or six thriving technologies within the fintech ecosystem. Among these, I will mention cryptocurrencies, even if they are marking time. I would not recommend investing a lot of energy in this area because, although it is an interesting technology, it is not currently needed. We live in a world where they are no widespread trust issues and the systems in place are efficient enough to ensure the proper functioning of the contract business.
What should be closely monitored is the trend in payments. The coming months will bring many new means of payment to the market, notably payment via facial recognition. Other advances are occurring in lending and, as a corollary, risk analysis. They involve artificial intelligence and big data, with fintechs, I must say, faring better than traditional players. Finally, I would mention asset management, the characteristics of which are quite similar to loans. This is typically a labour-intensive activity in which artificial intelligence, with faster algorithms, could do a lot of the work. Asset managers tend to be very conservative and wary of new technologies, even though they are the first to make such investment recommendations to their clients. At this point, roboadvisors are still very basic but they offer much room for improvement, in particular by automating as many computations as possible.

SFT: The first digital banks have been set up in recent months. Is this an epiphenomenon or a major trend pertaining to human resources?

NS: I think that we will always need banking and we will always need bankers. Their number will definitely come down, but experts with great advisory capacity will remain essential. The linear world in which one goes to school and then works until retirement age no longer exists. People want to go to university, work, embark on an educational program in the middle of their life, and continue like that until they are 80 or 90. As such, we need more qualified advisors who can truly accompany us in our private decisions. Put differently, banks need clever staff members. Not ones that are confined to establishing ratings but ones who share their knowledge with ordinary people like us, to help us make our way in the economy. |